This is my blog, where I record interesting and useful things I have learned in life. I spent the first ⅓ of my life in Europe (in Switzerland, to be exact) obtaining an education, the next ⅓ in the United States (Seattle and New York) building a scientific career, and now plan to spend another ⅓ (well, perhaps not quite) in Asia (Beijing).

If you are allergic to one of the commercial shampoos, here is a way of preparing your own completely natural and mild shampoo.
I obtained this recipe many years ago from a lady in Switzerland. Works very well, leaves no allergic side effects. 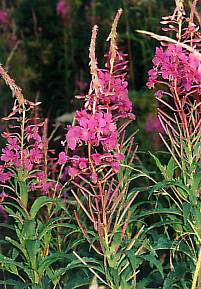 Prostate. In most men past a certain age, benign prostate enlargement occurs. Nowadays this is not life-theatening but in earlier times it led to death when the urinary tract was completely blocked (Casanova died this way). While there seem to be various medications available for this condition, a natural and very effective treatment exists: Tea made from the Small-Flowered Willow herb (Kleinblütiges Weideröschen in German), Epilobium parviflorum. Well-known in Europe, this plant has been collected for a long time (Treben 1988) for its use against prostate enlargement and even prostate cancer (Treben 1980); it is also beneficial in cases of urinary infections in men and women. My mother used to collect many plants in the fall. They grow wild on borders of meadows and along paths in the forest. The plant is a perennial growing to 60 cm. It is in flower from summer through autumn. The flowers are hermaphrodites (have both male and female organs) and are pollinated by bees and hoverflies. Flower diameter is approx. 6-9 mm and leaves are 3-7 cm long.

The whole plant may be collected although the leaves seem to be what's most useful. Be sure to collect the small-flowered variety. Dried leaves or whole plants are available from many herb farms. Note: This information is based on the cited literature and personal experience and experience from people I know; it is not based on "approved" medical knowledge. My doctor sports a strange smile on his face when I tell him about this herb but it works nonetheless.

Fungus on skin. Sometimes skin is not acidic enough to fight off fungus infection. Such infection, particularly on the face, appears as reddish patches. While there are ointments and creams one might apply, a simpler remedy was recommended to me many years ago by a young doctor in Switzerland. You take a small bottle (½ to 1 cup) of 70% alcohol and dissolve a small amount (what fits on the end of a kitchen knife) of salicylic acid (a white powder, the active ingredient in aspirin) in it. Apply this solution once or twice a day to the affected skin and the fungus is likely to disappear. Perhaps boric acid will achieve the same thing, I'm not sure. I have been told that diluted vinegar is preferable to this recipe as it is more natural.
(5 Sep 2015) For several years now I simply crushed an aspirin tablet in 70% alcohol. Works very well in most cases. If a fungus is resistent to this mix then a more aggressive solution are over-the-counter concentrated solutions of organic acids (brand names like FungiCure).

Epsom Salt and cancer. My parents gave me a small pamphlet, written by Hortense Meylan in the 1930's. She quotes French doctors who are convinced that epsom salt (magnesium sulfate, Bittersalz) can cure cancer, even at an advanced stage. It seems she herself was a medical doctor -- she quotes several patients that she successfully treated and cured of cancer. The pamphlet is written in German, translated from French, and made available here (file size 4 MB) for what it's worth. 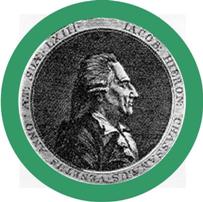