Here I randomly pick newspaper articles and other published material and add my 2 cents' worth of comments.

Story from BBC NEWS:
http://news.bbc.co.uk/go/pr/fr/-/2/hi/uk_news/7906842.stm
Published: 2009/02/23 20:46:07 GMT
"Binyam case reveals dark moral path" -- the story of Binyam Mohamed, a British resident. Here are some excerpts: "British intelligence was never involved in directly torturing Mr Mohamed ... was allegedly soon transferred by the CIA to a secret prison in Morocco, as part of its extraordinary rendition programme, where he claims he was tortured for months ... revealed nothing worth charging Mr Mohamed with or sufficiently serious to prevent him being released now. Instead it has served only to draw attention to the darker side of US tactics post 9/11 and the degree to which British intelligence was involved."
My view: This is just the latest of many similar reports. Speaking of "human rights"...

HONG KONG, Jan. 18 (Xinhua) -- Higher soy intake and having a balanced diet can help reduce risk of death, said a study result made public Thursday by the University of Hong Kong.
"...people with high intakes of less healthy food like meat and dairy products and less intake of healthy food including vegetables, fruits, fish, soy and tea, had about 113 percent higher risk of death than those who had a balanced diet."
My view: Western favorites like meat and (whole) milk are known not to be good for adult people but the dairy lobby keeps trying to promote the idea that "milk is good for you."

"Experts at the conference said governments should impose bans on junk food advertising aimed directly at children, although they acknowledged such restrictions were unlikely to come about soon because the food industry would lobby hard against them."

www.chinaview.cn 2006-08-30 14:00:21
"LOS ANGELES, Aug. 29 (Xinhua) -- Hackers have broken into an AT&T computer system and accessed personal data on thousands of customers who used its online store, the telecommunications giant said on Tuesday. The information that was illegally accessed included the credit card numbers of about 19,000 customers who had purchased equipment for high-speed Internet connection through AT&T's Web site, the company said in a statement. "
...
"The incident was the latest in a long string of data security breaches. Since early last year, more than 90 million personal records have been exposed in dozens of incidents, according to the latest information by the Privacy Rights Clearinghouse."

"More than 12 million adults and one million children will be obese [in England] by 2010, the Government has predicted."
"As a result thousands more people will suffer related diseases like cancer, heart disease and type 2 diabetes, swelling the cost of obesity to the NHS above its current £1 billion [15 billion = 15,000,000,000 yuan RMB]."
"We are demanding the Government place restrictions on advertising junk food to children..."

My view: Not only to children, but overall there should be restrictions on advertizing junk food, similar to restrictions on advertizing tobacco products. The Chinese government has a golden opportunity here to intervene in the free-wheeling business practices of junk food sellers and advertizers so as to not let an obesity epidemic happen in China as it currently happens in the West, with all its related cost to public health. A free market economy has many good sides but its focus on financial gain irrespective of consequences for the common good also has severe defects. Presumably, this economy has contributed to a large degree to the current obesity epidemic, if not directly caused it -- selling cheap junk food including soda pop (≈ sugar water) seems particularly lucrative, and considerations of public health do not currently contribute to the bottom line. The Chinese version of a socialist economy could provide the necessary directions for business practices so that economic growth is not harmful to public health. In the West, some progress is already being made. NBC's Martin Savidge reported on the Today show (18 August 2005) that "According to a study, ice cold soda pop contributes the most calories to the American diet", and that "Soft drink makers ... will stop selling sugery soda in elementary and middle schools ... instead offering water, 100 percent fruit juices and diet drinks." 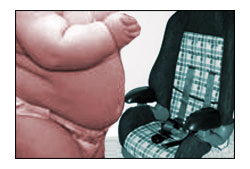 “Hundreds of thousands of young U.S. children … are obese”

My view: I hope this will not happen in China.

China saw its presence in the rankings grow from just two billionaires last year to eight”, meaning that in 2004, two Chinese were on Forbes’ list of (USD) billionaires (having a net worth exceeding 8,000,000,000 yuan RMB) while in 2005 that number jumped to eight.

"According to its World Trade Organization (WTO) commitments, China is scheduled to scrap restrictions on foreign banks in December [of 2006]. At that time, foreign banks will be allowed to provide a retail renminbi business to local residents and set up branches in any Chinese city."

Comment: Currently, a foreign bank cannot issue debit or credit cards for local use. Residents with an account in a foreign bank generally also have an account at a local bank just to be able to use a debit card for daily purchases. The local bank, however, likely does not do overseas business and many bank tellers do not speak English.